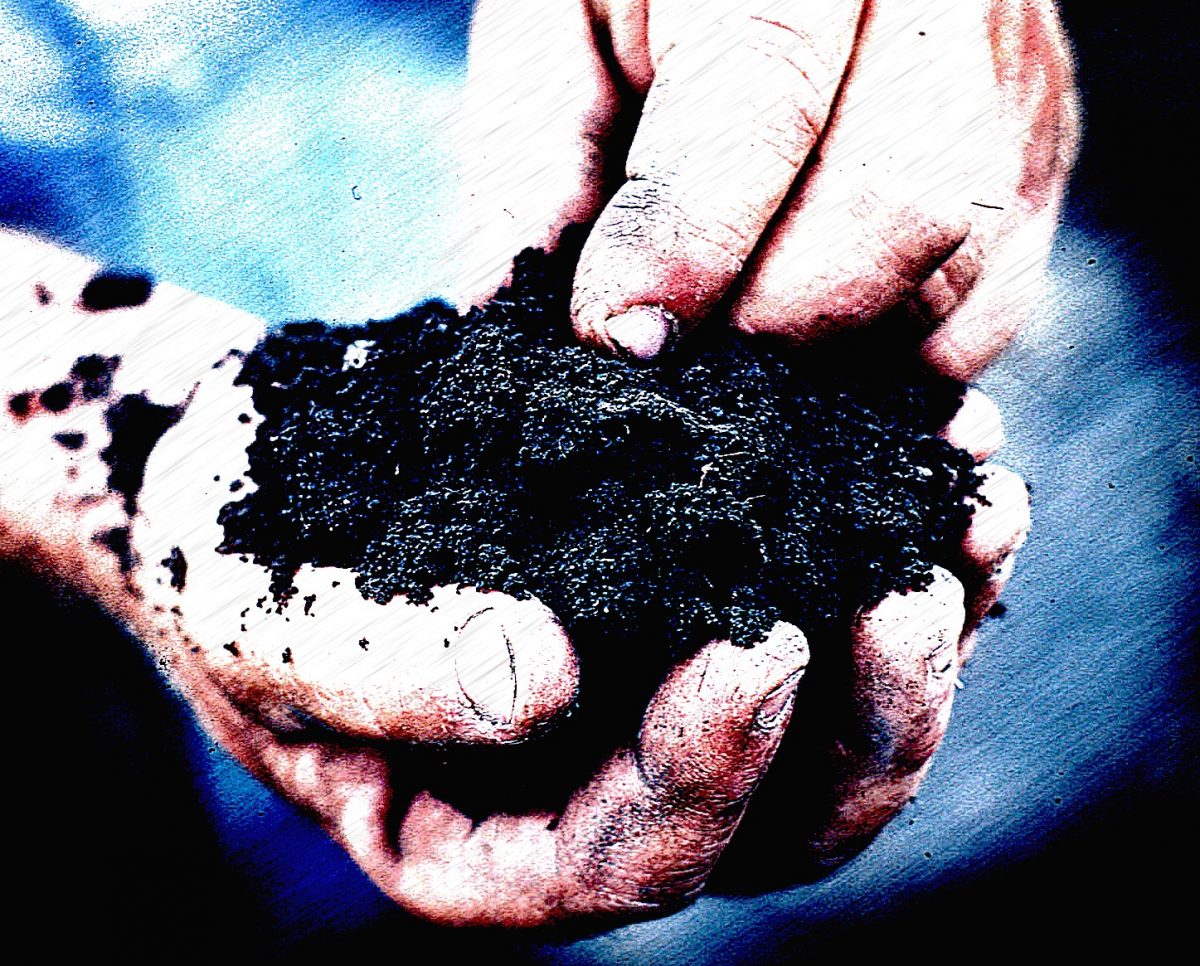 Orson dragged his tired cart through the bustling square of another dust-covered town. A small bar built into the remains of an old gas station drew him in out of the heat. The place was empty but for a barkeep, and sun shone in solid beams through the dusty air. The soil merchant flexed his knobby knuckles and tossed a few kernels of corn onto the bar.

“Something to get the grit out,” he said, licking his dry lips. He was getting too old to be traipsing across the Midwest, but what else could he do? His cart contained every valuable thing he owned: dozens of soil core samples, bundled tight as a brick.

The barkeep brought vodka and water. Orson swallowed both.

“You passing through?” The name stitched onto the barkeep’s overalls said his name was Adam. “There’s a dust storm coming.”

Orson patted his two-wheeled soil sample cart. “I’ll stay long as needed to make a sale.” Though, a little dust storm didn’t bother him. This far north the dust storms tasted like fine bentonite. He rather enjoyed it.

Adam leaned forward. “What are you selling?”

Orson peered into the younger man’s clear, blue eyes—like the sky on a dust-free day. With a shaking hand, Orson withdrew a clear case the size of a cigarette pack. “This,” he said, opening the container.

Inside was his best sample: a dark sandy loam, still clumped with deep organic structures.

The barkeep’s eyes widened. “May I?”

Orson nodded. Adam pinched a clump and crumbled it into the palm of his hand. Spitting on it, he spread it around. The soil’s colour darkened, and sand separated from silt and clay. The barkeep rubbed it between his fingers.

“More where that came from,” Orson said in a low voice.

“I’ve never seen anything like this,” the barkeep said. “My parents grew corn off a pile of rocks in Iowa.”

A sour taste welled up in Orson’s mouth. “Corn’s death.”

The barkeep shrugged. “Corn’s money, too. They needed money.”

Orson muttered to himself and started packing up his things. The thought of the barkeep’s corn-growing family upset him enough he might just brave that dust storm to get to the next town.

The soil merchant shot a glance back over his shoulder. The expression on Adam’s face drew him up short. It was an eager longing—something Orson remembered feeling back when he first started searching the Midwest for the remnants of its soil legacy. He unbuckled the straps around his cart.

Orson spoke as he worked to unbind his samples. “There were rumours of a woman who grew soy, but she didn’t plow and plant like everyone else. She planted rye in the winter when it was cold. Soy grew up through it in spring, and she fed her cattle in addition to selling beans.”

He drew the core sample up out of the pack with slow deliberation. After all, what was a merchant but a showman with expectations?

The barkeep’s eyes were already wide after seeing the first six inches of black soil through the clear case. “She didn’t plow at all?”

“Didn’t need to.” Orson drew out a few more inches. “Didn’t want to. She was one of the first soil evangelicals, telling everyone the soil was dying. Numbers backed her up, but farmers don’t like change.” Another six inches. Layers became visible through the core case. “Not one bit. Politicians were worse, granting subsidies to crops that killed our soil right up till it was dead.”

“Why did your parents grow that corn?” Orson pulled the rest of the core from the case and set the whole thing on the bar. He spoke with disgust. “Money. Greed. Shortsightedness. People were so worked up with carbon dioxide in their atmosphere they forgot to worry about their soil.”

“What’s the infiltration?” asked the barkeep.

“Takes in point eight inches an hour.” Orson pressed the ends of his core tube, and the top flipped open. He waited for the barkeep to get a good, close look at the layers of soil.

The top was black, jet black, full of organics. Below that sat a layer of strong brown, followed by the remnants of a hardpack—lingering evidence that the ground had once been plowed. Below that sat the pale brown of gypsum and a white that hinted at dolomite. It was a beautiful core—the best Orson had ever seen in all his years as a merchant.

The barkeep peered at something twenty-four inches down in the core. “Is this …”

Orson grinned, impressed by Adam’s keen eye. “Rye root. When they mow the rye, roots decompose into better soil all the way down.”

The barkeep poured another vodka for Orson. A real tear formed in the younger man’s eye. “Thank you, sir,” he said. “It’s good just knowing something like this is still out there.”

Orson took his time packing up his soil samples, padding each core so it wouldn’t rattle when he rolled the cart over the rough cobblestones. When he finished, he shot a sideways glance at the barkeep. “You ever think of getting back in the family business?”

Orson scowled. “Anything but.”

Adam leaned forward, both elbows on the bar. “Well, old man, I’m not even sure what I could offer you for an opportunity like that.”

Later, Orson settled onto the stool behind his new well-stocked bar. He poured himself a vodka to toast the previous barkeep. Adam had gotten the better side of that deal, but Orson figured the younger man would do well by that plot of land with the healthy soil. 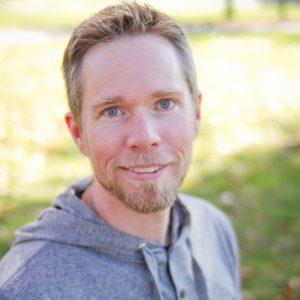 Anthony W. Eichenlaub is the author of short stories appearing in Asymmetry Fiction and the anthologies A Punk Rock Future and Fell Beasts and Fair. He has two novels in the Metal and Men series, depicting a world ruined by technology, neglect, and climate change. In his spare time he enjoys macro photography and gardening in Minnesota.