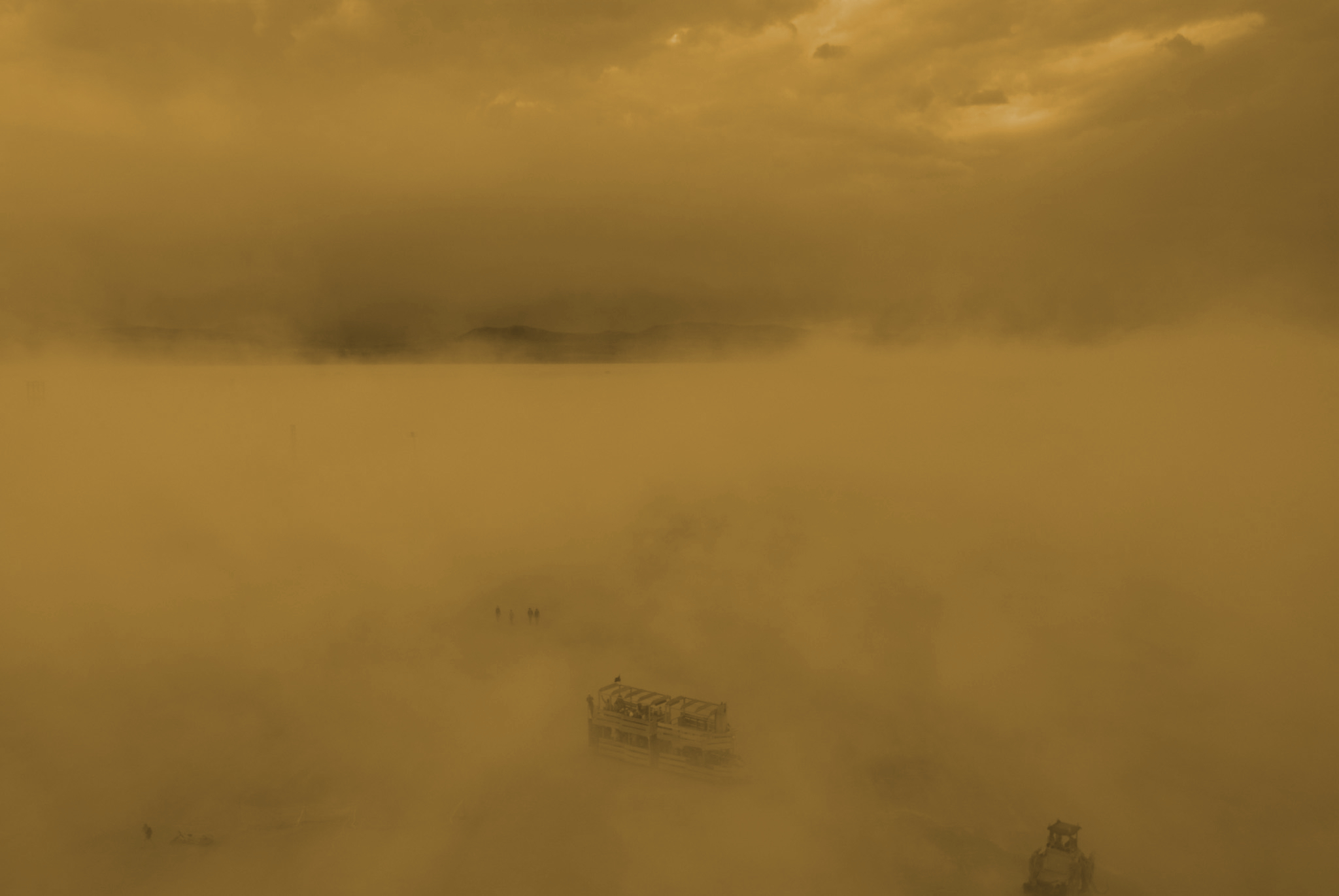 The landing craft shook like an ancient washing machine as it broke the planet’s atmosphere. Staff Sergeant Jacqueline “Jax” Caruthers, 5th Planetary Beachhead Division, 3rd Space Wing, United Nations Marine Corps, sat cool as a cucumber, gnawing her bubblegum. The dropship, unwilling to land without a fight, gave one final lurch before touching down. Jax glanced over her troops (only two had puked this time—they were getting better) before she unlocked, stood to her armour-encased feet, and strode to the rear of the cargo bay.

Jax was 163 centimetres of pale, crew-cut brunette and fifty-nine kilos of well-trained, combat-tested muscle; a lean, mean, United Nations Marine, with a platoon of forty-two of the heaviest pipe hitters Earth had to offer at her six. To her right stood her best friend, fellow platoon leader, and shipmate since boot camp, Staff Sergeant Anthony Craddock. She and Tony had come up through the ranks together.

Ordinarily Jax, Tony, and their troops would be salivating as the hatch yawned open, their eyes glued to the ever-widening chasm, plasma rifles locked and cocked, asses at pucker-factor ten as they waited for the enemy to appear in their holosights. But today they weren’t here to engage the enemy. Today was different. This was a humanitarian mission. And it wasn’t just any humanitarian mission. This was a full planetary evac, with all the accompanying bells and whistles.

“Stand by third platoon,” Jax growled into her comms. She watched the hatch whine open, her hand drifting of its own accord to her sidearm. No plasma rifles today.

“Might send the wrong message,” the brass had said.

Jax forced her hand to relax, her fingers pulling away from the handgrip. Old habits died hard.

A weak orange light wriggled its way through the acrid fog outside and slowly filled the dropship cargo bay. The vents on Jax’s armour, set to auto, kicked in right away. The bitter scent of chemicals stung her nose as the CO2 scrubbers switched on inside her helmet.

Tony’s deep baritone came over the airwaves loud and clear. “Yeah,” he agreed. “They really did a number on it, didn’t they?”

Jax nodded. Only a million souls left on what had once been a fully populated planet of several billion. A million souls—and it was now the UNMC’s job to evac them off this poison-assed rock. What was left of them, anyway.

“Aye, Staff Sergeant” chorused inside her head as the dropship’s rear hatch hit with a puff of orange dust. Jax scanned the outside as far as she could see, which was only a few hundred metres through the acidic haze that passed for this planet’s troposphere.

“All hands,” Jax said, issuing her preparatory order. She swallowed her gum. Time to get to business. “Debark.” Her first taste of the planet came when her boot sank into lifeless, tangerine-coloured dust.

Jax’s Marines followed her out of the hatch. She ordered the platoons to form into columns, hers taking one side of the road and Tony’s platoon taking the other. The wind kicked up to a gale. Visibility became nil—nothing but grains of sand blowing across the surface of her face shield, and a washed-out yellow haze as far as the enhanced optics could see. Jax winced at the sound of grit scraping the inside her armour’s air filter, like titanium nails across raw stone.

Jax switched her comms again. “Damned full planetary evac,” she said to Tony. She lifted her legs and moved forward like an android, fighting the sucking sand at every step.

Three metres to her left Tony strolled along like he was back home in the park. “Place is so contaminated we can’t even use conventional reclamation techniques,” he said. He was hardly even breathing heavy. How the hell did he make it look so easy?

Jax continued scanning the area. “Christ, but this visibility is for shit.”

Jax honoured him with a middle-finger salute. “Surprised they haven’t cordoned the place off,” she said.

“Just got word,” Tony replied. “They’re placing the interstellar beacons as we speak. Should warn any carbon-based life forms to stay the hell away from here.”

Jax cut the chatter as they marched deeper into the smog, the air outside their armour mostly unbreathable and not fit for humanoid life. It struck Jax just how much this place looked like home. Not the home she knew, but the one from the history books. From before they’d turned it around. Before her ancestors pulled their heads out of their asses, stopped focusing on the wrong things, and started focusing on the right ones.

2049 was the year Brooklyn and the Hialeah section of Miami both became oceanfront property. It was the year Charleston disappeared from the map, and the crescent city of New Orleans became the sunken city of New Orleans. It was the year the last of the glaciers calved, and it was the hottest on record in human history. Crops failed in ’49, the parched earth yielding little more than withered stalks. And when the food supplies dwindled? Hungry people did desperate things, revolting en masse.

But starving citizens were no match for government bullets. People died in droves.

In ’49, what land wasn’t baked dry by the sun’s unfiltered UV rays turned to dust, and that same dust whipped itself up into a frenzy. Dust storms, the likes of which hadn’t been seen in over a hundred years, turned the skies black as they roiled, unchecked, across North America. Jax’s grandmother, a young woman at the time, had told her all about it. A fine silt of grit covered everything then. Brown lung took many. Children and old folks mostly, her grandma told her. It had been a planetary crisis, unmatched in all of human history.

It took bringing the Earth to the brink of destruction before they stopped letting greed drive their decisions, even over the logic of self-preservation. Even over people.

They’d called it ‘green energy,’ back then. Jax smirked at that.

These days it was just called ‘energy.’ It was the only kind most people had ever known, and it had saved them.

Every little bit had helped. Everyone had pitched in. Her ancestors discovered, almost too late, that they had a choice—they could live as one, or they would die as many.

Jax switched her vision to infrared and did a quick IR sweep of the road ahead.

Even through IR shit looked bad. Hundreds of refugees, huddled in a giant circle with their backs facing outward, using their own bodies to shield those inside the circle from the raging sand storm. The refugees’ bodies showed up red in IR, although some showed faint green outlines roughly the shape of humanoid breathing organs in their chest area. Those outlines indicated, in vibrant colour thanks to the IR in the Marines’ suits, this planet’s version of brown lung.

Jax and Tony exchanged a glance through their face shields. He looked at her and shook his head. She swallowed hard and switched her suit’s IR to ‘Off’.

Jax keyed up her squad leaders again. “Have your troops pair up with the refugees,” she ordered. “I want two Marines per family—one for med assist and one for security.”

As the refugees accepted the Marines’ help and the circle parted, Jax saw her.

The first thing that grabbed Jax were the child’s eyes. Pools of liquid brown, big around as saucers from fear and wonder as they looked up at her through a set of goggles. Deep, dark circles underneath them, like something from an old-time vid screen. A mud-stained respirator, grey with filth and tied with string, hung from the child’s face. A thick coating of ginger-shaded grime covered her skin, and her clothes hung in rags from her tiny frame.

Jax looked on as the refugees paired up with her and Tony’s platoons. She watched as they went, one by one, until everyone was gone. Everyone except the little girl. Jax reached out her hand, and the child took it.

Jax scooped the child up and placed her on a metallic alloy-covered hip, the motion as natural as it was with her own kids. Jax looked down at the child, who’d snuggled quite nicely into the side of her armour. This despite the fact she had no idea who this metal monster who’d invaded her home world was. Kids just trusted like that, in their innocence.

The girl coughed, the sound a horrible cross between a slimy rattle and a bark. Jax felt the girl’s little body shudder, even through the skin of her UNMC-issue armour. Jax resisted the urge to turn her IR back on.

God please let her make it, Jax prayed. They picked up the pace.

The kid actually smiled up at Jax as they humped through the powdered soil. Jax smiled back, not even noticing the now double-time slog through the sand, even with the kid’s added weight.

The remainder of the trek back was quick and uneventful. On the ship, Jax and her ‘cargo’ settled into their jump seat. The child sat on Jax’s lap, closed her eyes, and laid her head against the Marine’s shoulder. Jax popped the latch on her helmet and, careful not to disturb the little girl, placed it in the holder above her with a click. From the opposite side of the cargo bay, Tony flashed her a smile. Jax beamed him back a lopsided grin. She wiped sweat from her forehead with a gloved hand and looked down. Jax wondered how pissed Theresa would be if she came home with this little one in tow?

Jax looked closer at the child and frowned—had her colour changed since they’d boarded? The girl coughed again. Jax watched in horror as a fine spray of black blood covered her tactical glove.

The dropship cargo bay whirred and shook as the craft’s engines fired. Jax held the child tight, felt the ship rise beneath them just as the navy medic appeared. The child’s skin felt clammy, her breathing shallow and strained. The dark circles under her eyes, still closed, had deepened. The corpsman removed the child’s respirator and placed a stethoscope to her chest.

Panic rose like bile in Jax’s throat as she held the little girl in her arms. The corpsman pulled the stethoscope from his ears. The look in his eyes said it all.

The corpsman stood. There were others who might yet live who needed his help, but he waited patiently nonetheless. Jax looked down at the child, then looked away. When she turned back, Tony was there too.

Jax shrugged as she handed the child’s body over to the corpsman. He cradled her as gently as Jax had. Then he turned and she was gone.

Tears ran, unapologetic, down Jax’s face. She felt a hand on her shoulder as she stared at the dropship’s decking plates. Jax took Tony’s hand and squeezed it. “I’m good,” she said. Thoughts of her wife and kids brought on a fresh wave of hurt.

“Yeah,” Jax lied, knowing it was far from OK. 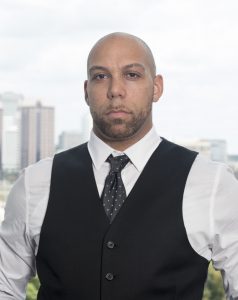 Thomas Webb is a short story author, essayist, and novelist. He’s a prior service Marine residing in Richmond, VA, with his wife and two children. When he’s not spending time with his family or writing, Thomas enjoys lifting weights, running, and choking his friends via the fine art of Brazilian Jiu Jitsu.
You can learn more about Thomas at https://cobblepublishing.com (under the ‘authors’ menu), at Thomas’ website, or on Facebook.
Thomas’ first novel entitled Stalemate: A Clockwerk Thriller, will be available on Amazon in May 2018.